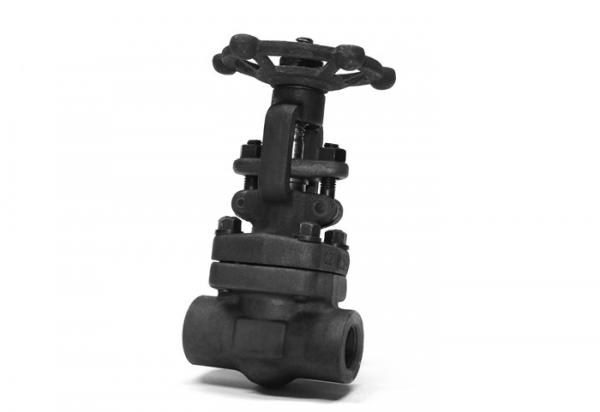 The cut-off valve (stop valve, Globe Valve) opening and closing parts are plug shaped valve, sealing surface flat or cone, fluid along the centerline of the valve for linear motion.

The valve is only applicable to fully open and fully closed, does not allow for adjustment and throttle valve is forced closed valve, so the valve is closed, the valve must exert pressure to force the sealing surface does not leak. When the medium into the valve from the valve six under the disc, the operating force required to overcome the resistance, is the stem and the packing friction and pressure generated by the media thrust force than the valve off the valve opening force, so the diameter of the valve stem, otherwise it will bend the stem top of the fault. In recent years, from the self sealing valve

The door appeared after the cut-off valve replaced by medium flow on the top of the valve into the valve chamber, then in the medium under pressure, the valve off a small force, and force open the valve, stem diameter can be reduced accordingly. At the same time, the role of the media, this form of valve is also more closely. China's valve "three to" has been provided, the flow valve, all top-down. The valve is open, the valve opening height, the nominal diameter of 25% ~ 30%, the flow has reached the maximum that the valve has reached the open position. So the valve fully open position, the valve stroke should be determined.

providing for more than ten years.Since 2005 we have been delivering reliable solutions to customers looking

for a products they can trust in.Our company to high-quality products and excellent service to the pursuit of

supply are widely used in the field of petroleum,chemical,matallurgical,power,fuel gas,city

Send your message to this supplier
You May Like
Find Similar Products By Category:
Manual Valves
Hot Searches:
Inquiry Cart 0
Contact Us
Inquiry Cart
Back To Top